Inspired by the legendary Ogden Nash doggerel "Lineup for Yesterday," and by Opening Day, and by all the research sloshing around in my head from writing The Comic Book Story of Baseball:

A is for Alan, who turned two with Lou
As well as any pair ever could do.

B is for Brett, who once hit .390
But became better known for the pain in his heinie.

C is for Cabrera, Miguel of renown
The slowest man ever to win a Triple Crown.

D is for Dewey, whose cannon in right
Made runners in Fenway hold up out of fright.

E is for Edgar, DH without peer
At least until David Ortiz’s career.

F is for Fernando, the Dodgers’ El Toro
A legend from Chavez Ravine to Queretaro.

G is for Gibby, in Detroit and LA
A World Series hero revered to this day.

H is for Henderson, one of a kind
As Rickey would tell you, sure, Rickey won’t mind.

I is for Ichiro, needing only one name
And hit after hit to add to his fame.

J is for Jeter, despite his numb glove
The Yankee that haters of Yankees could love.

K is for Kid, not Williams but Griffey
Whose hitting was epic and fielding was spiffy.

L is for Larkin, the Cincy shortstop
A true model sportsman, the cream of the crop.

M is for Maddux, and Murray and Manny
It’s poetic injustice! The M’s are so many!

N is for Nolan, the Ryan Express
Seven no-hitters stand out from the rest.

O is for Ozzie, the Wizard so-called
Whose backflips and dives had spectators enthralled.

P is for Pedro, the littlest ace
The best pound-for-pound, a terror to face.

Q is for Quisenberry, KC’s submariner
Who piled up saves and kept basepaths cleaner.

S is for Steroid, the reason is clear
Why A-Rod and Barry and Big Mac aren’t here.

T is for Thome, whose bat always thundered
His number of home runs is north of 600.

U is for Uecker, not much of a catcher
But a broadcaster and pitchman of much greater stature.

V is for Verlander, Tiger fireballer
In Detroit or Houston, a sure-fire Hall’er.

W is for Wade, who found chicken delicious
No other great player was so superstitious.

X is for Expos, who found Montreal
A place where no one would watch them play ball.

Y is for Yount, the Rockin’est Robin
Milwaukee just isn’t the same without him.

And Z is for Zim, a forgettable player
But a memorable coach and dugout soothsayer. 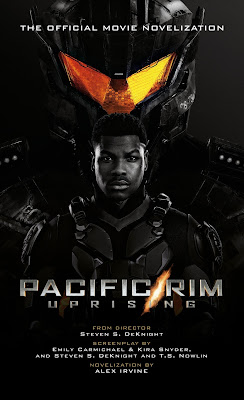