Here are two children created through in-vitro fertilization. Their names are Emma and Ian. Are you going to look them in the eye and tell them it should have been harder for them to exist? Is this what you mean by pro-life? 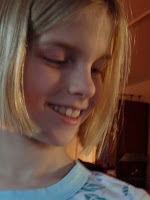 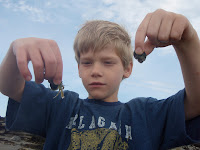 My novella Mare Ultima is now listed on the PS Publishing web site. It started with the stories "Wizard's Six" and "Dragon's Teeth," both from F&SF, but even if you've read both of those, you don't have the whole story yet...

And while you're browsing the PS catalog, don't forget about Mystery Hill...not to mention all of the other great stuff there. (Including that Bag of Books sale!)

Cover illo by Ben Baldwin.
Posted by Unknown No comments:

Then you should have this book: 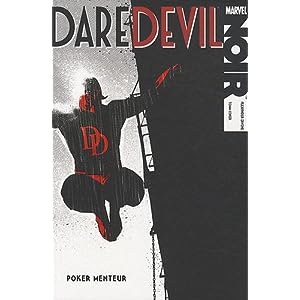 Today, this guy made it on the CISL HoF ballot on his first try, introducing a bill to prevent the use of aborted fetuses in food or food additives.

The CISL HoF does not yet exist, but with your help it will. Add your own loony state legislators in the comments. Please! In these dark times, we could all use the laugh. But only add true kooks. We must set the bar very high.
Posted by Unknown No comments:

The Cambridge Companion to Fantasy Literature

Those of you with any kind of scholarly interest in the literatures of the fantastic should grab this book as soon as possible. It's out next month, and as you can see from the TOC below, it's got a terrific lineup of essays. I can't wait to get my copies. My own contribution is on urban fantasy. Among other things, it's a quiet attempt to reclaim that term from its unfortunate diffusion to include every book with a tough woman in leather pants on the cover, but it's also an exploration of the relationship between ideas of the urban and ideas of the fantastic.

Here's the full listing on the Cambridge University Press web site. If you're an academic, encourage your library to order this book. Or get one yourself! This is the Amazon link, but of course you should buy local if you can.


Posted by Unknown No comments:

Follow this link to an audio interview I did with Mediabistro's Jason Boog for their Morning Media Menu podcast feature. We talk Avengers Alliance, and speculate a little on what new spaces are emerging in the borders between social and RPG-style gaming. (There is much more to be said on that latter topic, by the way. It's a pretty exciting time to be looking at the evolution of gaming.)

The interview is excerpted here, along with links to the Alliance trailer and a recent GalleyCat story on video-game writing.
Posted by Unknown No comments:

An Open Letter to the Fathers of Cub Scouts

Yesterday I got up at 3:45am and drove from Maine down to Massachusetts for the fifth and final Pinewood Derby of my older son Ian's Cub Scout career. I have been saving these sentiments up since Ian's first Derby, and this last one--combined with the irritation of having to drive back through a snowstorm--really set me off.

Here's why. There were three cars in Ian's Webelos heats at yesterday's Pinewood Derby that looked like they had come out of a concept lab at GM (or, more accurately representing their style, Ferrari). It was absolutely clear to everyone in the school cafeteria where the race was taking place that the kids whose names were on those cars had hardly ever touched them. I'm not talking about cases where the kid and dad collaborated; more about that in a minute. I'm talking about cars clearly shaped (and shaped perfectly) using saws that no 10-year-old kid in the developed world is allowed to use. I'm talking about millimeter-perfect engineering in all kinds of shapes that 10-year-olds can often envision but rarely create so symmetrically. I'm talking about paint jobs that looked like they came out of a professional garage.

Now, I am aware that the experience of building a Pinewood Derby car is shared. This year, for example, my dad and Ian roughed out the shape of his car. Ian sanded it for days and painted it. He and I glued on weights and made sure the wheels were even. Ian lubricated the wheels. My wife painted the flourishes on the car and gave it the personality Ian wanted. This all happened over the course of a month or so. Then, yesterday morning, Ian got the car to weight by prying off some of the little lead pieces we'd glued to the bottom. Before weighing it in, he ran off to show his car to his friends. It was a cool-looking car, deep red, with the legend The Mad Monster across the top and cartoony bared teeth painted across its conical front.

But when the races started, there was never any doubt who was going to win.

It was ever thus, or words to that effect, said a friend of mine when I was ranting at him about this last night. Maybe so. But I've got a real problem with it, and the Cub Scouts need to do something.

TURN YOUR SON INTO A VEHICLE FOR YOUR OWN HYPERCOMPETITIVE IDIOCY

No. The motto is DO YOUR BEST.

I mean, yesterday I saw a father repeatedly pushing his son away while he worked on the son's car.

Those three cars I mentioned finished 1-2-3 in their division, well ahead of the rest. Ian's car won one heat, finished last in his other three heats, and didn't make the next round. Sour grapes? No. Twice in five years, Ian's car went on to the elimination rounds. We've done all right before, and I'm proud of how he learned a bit more each year about how to put the car together.

You know what else I'm proud of? That I can honestly look at each of those cars, from Green Lightning to Mad Monster, and say that he made them and he did his best.

And that's what brings me to the open-letter part of this screed:

When you bring a car to the Pinewood Derby and it's obvious that you made it with only minimal input from your son, the basic unfairness is reprehensible, but that's not even the worst of it. The worst of it is the message your actions transmit to your kids and everyone else in the pack.

You are teaching your son that it's okay to take credit for things he didn't do, and you are teaching my son that his honest effort will always be trumped by the people who are willing to cheat. And on top of that, you are teaching every kid there that the whole Cub Scout motto is, like so many other mottos adults teach to children, lip service to an ideal that adults don't really believe in. You might as well hold up two fingers and cross the fingers of your other hand behind your back.

The Pinewood Derby isn't about you, dads. It's about your sons and their fellow Scouts. It's about them doing their best, not you making sure they win. My son deserves better, and so does yours.

Cut it out. Give the Pinewood Derby back.

A Proud and Angry Father of a Son Who Did His Best
Posted by Unknown 1 comment:

As a critic in the 1830s, Edgar Allan Poe was referred to as the Tomahawk Man. I got curious about this and looked up the origins of the phrase "hatchet job." Turns out (he said, after an entire three minutes of research) that "hatchet man," as someone who does unpleasant tasks, dates (probably) from the mid-18th century, but "hatchet job" as a harsh attack on someone doesn't become common until (probably) after the Civil War. So, one wonders if Poe's nickname played a role in the development of that phrase from one meaning to another. If so, that's one more originary role for the guy who gave us the detective story. Dale Peck and all other critics who take pride in the sharpness of their literary invective should now claim Poe as a literary ancestor, if they haven't already.
Posted by Unknown 1 comment:

Here, for your delectation, is a delicious stack of articles about Marvel: Avengers Alliance...

...also, I'll be glad to not hear about Tim Tebow for a while. Maybe one of these days he'll be a good quarterback. Tonight's despair along the Front Range might be hard to take, but Broncos fans should always remember to blame Pat Bowlen. Just for the "predominantly orange" remark if nothing else.

...also also, I wish the Tigers would sign Matt Garza.
Posted by Unknown No comments:

A quick note bringing some (to me) exciting news: this USA Today article announces Marvel: Avengers Alliance, the game I've been writing for the last year or so. If you like social games, you're going to love this one. And if you like Marvel, you'll dig the story. It's a much richer storyline than most social games have, and it's going to tie into some other as-yet-unannounced projects down the road...

Because a goalkeeper scored in the Premier League this week, it must be time for a blog post. (See what I did there?) So, forthwith:

An awesome project I still can't talk about even though it's about to happen.

Two books this month. One will be my first Star Wars novel, which is about Nomi and Vima Sunrider. No title yet, but there should be soon (after some--ahem--false starts).

The other will be my first ebook original, a Dungeons & Dragons book called Demon Weave. You like the drow? You'll like this book.

My novella Mare Ultima will arrive at some point this year too, from PS Publishing. If you read either of the F&SF novelettes "Wizard's Six" and "Dragon's Teeth," you'll know part of this story. But if you want all of Paulus' story, this is where you'll find it.


That makes three books and some nebulous awesomeness, plus other things I didn't mention because I'm not done with them yet and I don't know when they're coming out. And it's only January 5th. Who knows what else will happen? I will try to post more often than EPL keepers score from here on out.

And here's the video, because you really should see it: