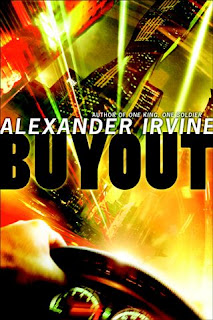 Thirty years from now, with Americans hooked into an Internet far more expansive and intrusive than today’s, the world has become a seamless market-driven experience. In this culture of capitalism run amok, entrepreneurs and politicians faced with rampant overcrowding in the nation’s penal system turn to a controversial new method of cutting costs: life-term buyouts. In theory, buyouts offer convicted murderers the chance to atone for their crimes by voluntarily allowing themselves to be put to death by the state in exchange for a one-time cash payment, shared among their heirs and victims, based on a percentage of what it would have cost taxpayers to house and feed them for the rest of their natural lives. It’s a win-win situation.

At least that’s what Martin Kindred believes. And Martin is a man who desperately needs something to believe in, especially with his marriage coming apart and the murder of his brother, an L.A. cop brutally gunned down in the line of duty, unsolved.

As the public face of the buyout program, Martin is a lightning rod for verbal and physical abuse–but he embraces every challenge, knowing his motives are pure. But when evidence comes to light that a felon in line for a buyout may have been involved with his brother’s death, Martin’s professional detachment threatens to turn into a personal vendetta that will jeopardize everything–and everyone–he holds dear. Inspired by today’s politics, Buyout is an unforgettable look at an all-too-believable future . . . and one man’s struggle to do the right thing. 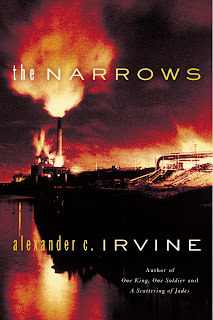 From award-winning author Alexander C. Irvine comes a compelling, fantastical riff on history and World War II. The Narrows takes place in Detroit, where Henry Ford’s factories have been retooled for America’s grand war effort. But there are also more clandestine operations under way–including a top-secret effort to produce golems–powerful beings fashioned from the earth–to destroy Nazis. Here lurk strange spies in unlikely places–and a not-so-extraordinary man who is inadvertently poised at the bizarre, urgent center of it all. . . .

Spared fighting in Europe because of a bum hand, Jared wishes he could join the cause, instead of mindlessly sifting clay to be made into golems. But there is something that preys on his dreams: the devilish dwarf known as the Nain Rouge. In his youth, Jared once actually saw the Dwarf–a chilling creature that shows itself to individuals just before their demise. Now the Nain Rouge appears to be coming back for Jared himself.

Many have a profound interest in Jared’s childhood run-in with the Dwarf–including a German spy, Jared’s hateful foreman at the golem factory, and a shape-shifting Indian shaman. But what could a simple man who earns a meager living possibly have to do with espionage and dark deeds? While Jared toils invisibly in the bowels of Ford’s plant, the answer is about to reveal itself in a cataclysm of mythic and sinister proportions. 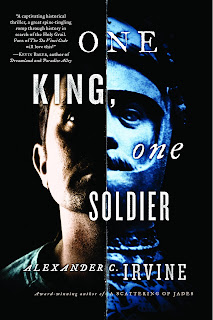 At the turn of the twentieth century, a baseball player named George Gibson embarks upon a mystical journey to the Congo. His mission: to shepherd a powerful relic to its home in Abyssinia. But poet—turned—grail seeker Arthur Rimbaud is after what Gibson possesses–as others before him have been for millennia.
A half-century later, after receiving an honorable discharge from the Korean War, twenty-year-old Lance Porter vows to put his civilian life back together–which means heading to commie-infested Berkeley to see his high school sweetheart, Ellie. But after Lance gets cold feet, he encounters instead a drunk, gay poet named Jack Spicer, who spews crazy stories about Lance being the Fisher King.
It appears that the bearing of the grail has been bequeathed to young Lance, much to his shock and disbelief. Can a legacy born in the deserts of Ethiopia truly be reemerging in the bohemian bars of New York City and San Francisco? And is a vet with a lost soul really worthy of its care?

ALEXANDER C. IRVINE has breathed a refreshing burst of air into the Arthurian legend. In One King, One Soldier, ancient characters and Irvine’s pitch-perfect historical accuracy merge with a gritty, dark portrait of America in the Cold-war ‘50s. Here, three stories come brilliantly together in an edgy mix of baseball, imperialism, poetry, and grail mythology. 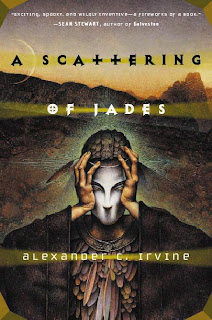 The great fire of 1835 burned most of New York Citys wooden downtown. Like many people, Archie Prescott thought he'd lost everything: his home was a smoldering ruin, his dead wife's body lay at his feet, and next to her was the corpse he assumed was his daughter. It seemed like the end of everything.But it was only the beginning. Goaded on by the publisher of the New York Herald Archie runs afoul of one of P. T. Barnum's former sideshow workers. The carny has used an ancient book to resurrect a Mesoamerican god--a chacmool--who plans to use the blood of Archie's still-living daughter to bring about the end of humanity. In the midst of ancient magic and murderous conspiracies, Archie finds himself with the power to save the world or drown it in sacrificial blood . . . but first he has to stop mourning his daughter, and undertake a grim cross-country journey to save her.